Premier Class “A” office space within miles of interstate(s) 80, 81, 84, 476 and Wilkes-Barre Scranton International Airport. Gateway to Wilkes-Barre on River Street, directly off the Cross-Valley Expressway; situated in the heart of the commerce belt in Luzerne County and Wilkes-Barre’s surrounding communities. 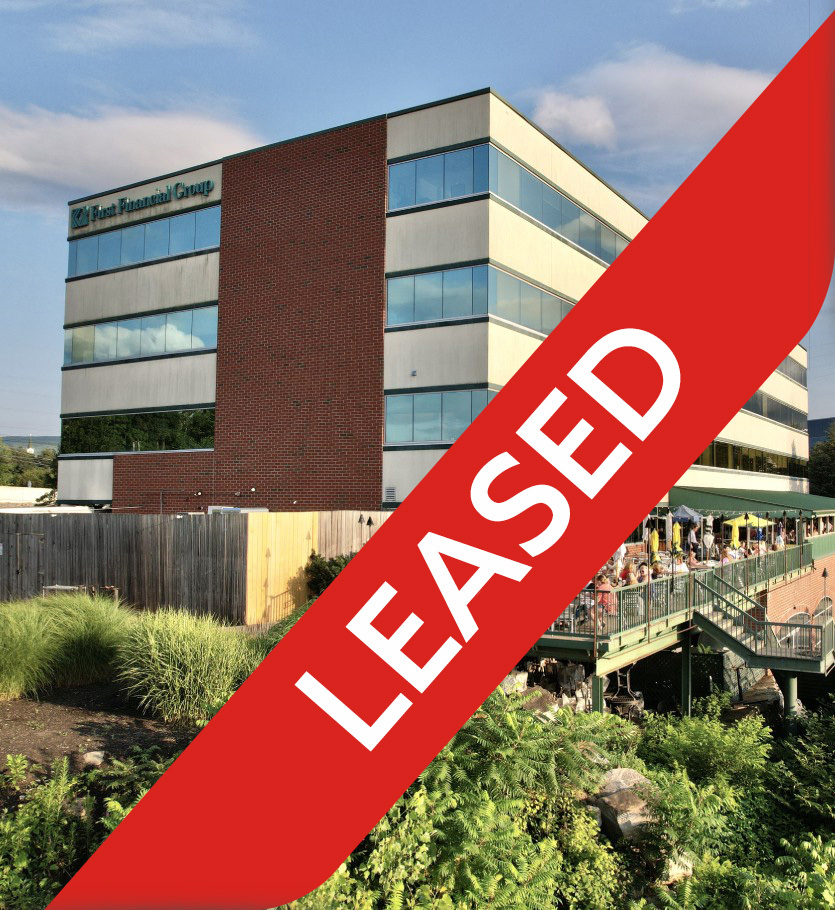 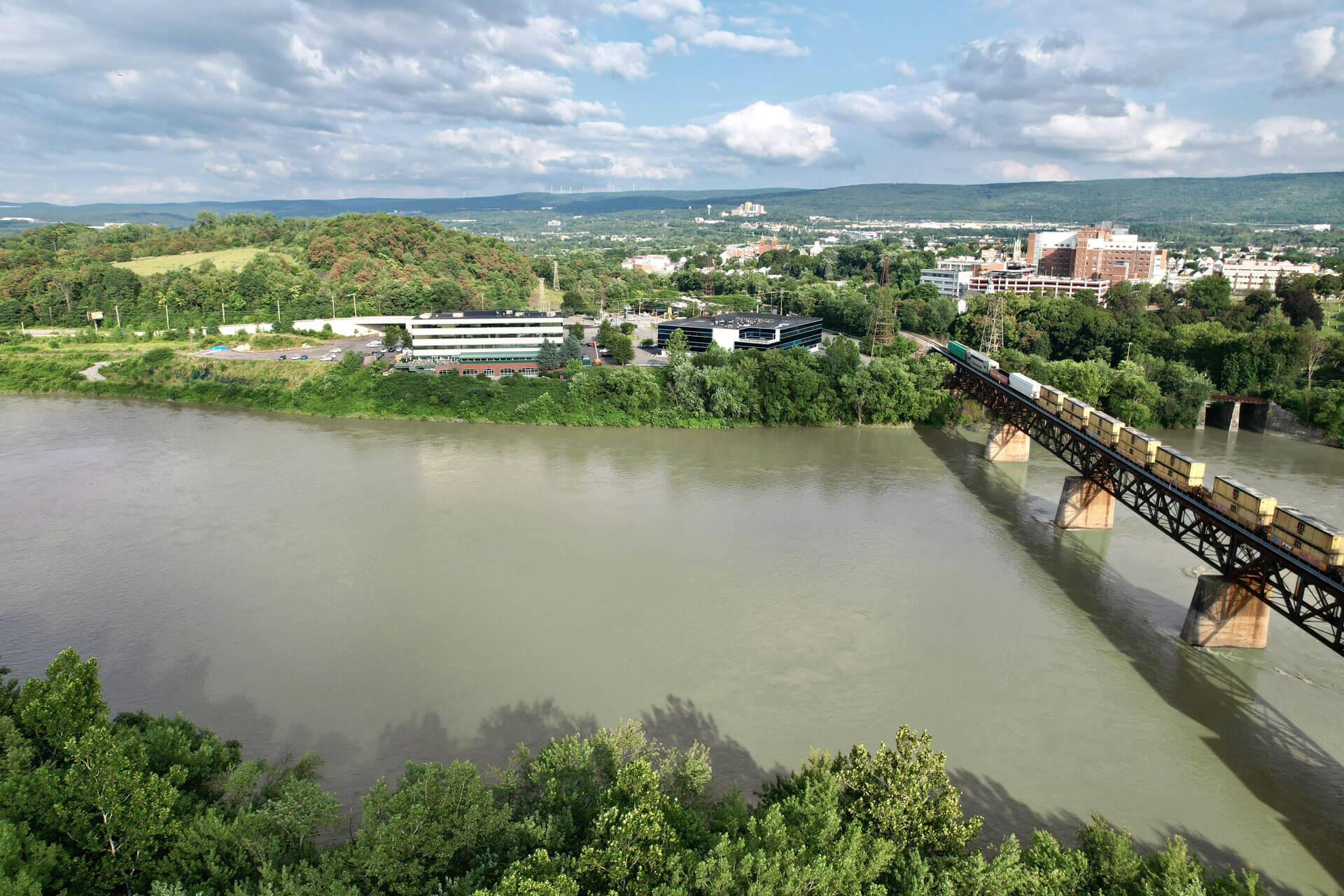 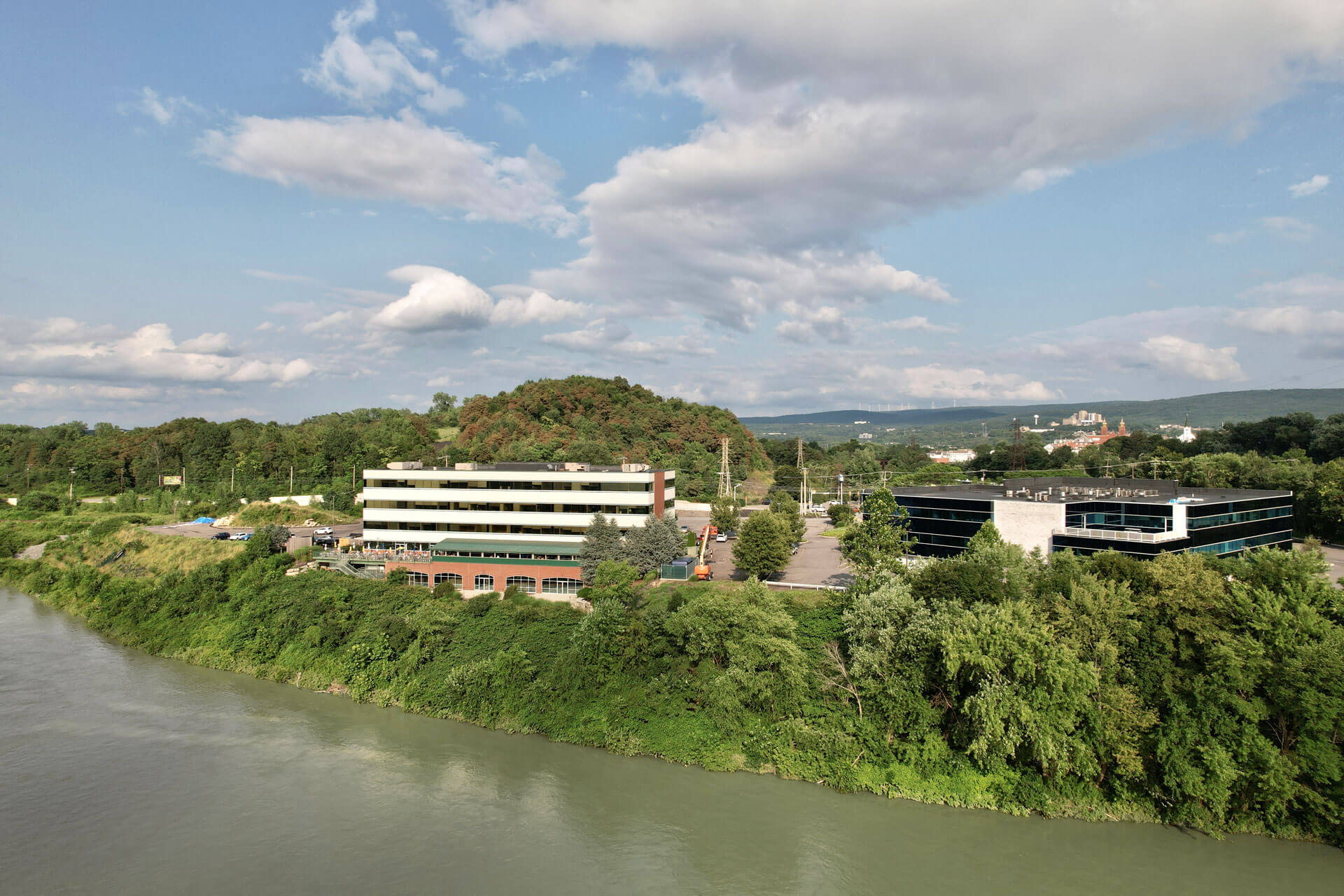 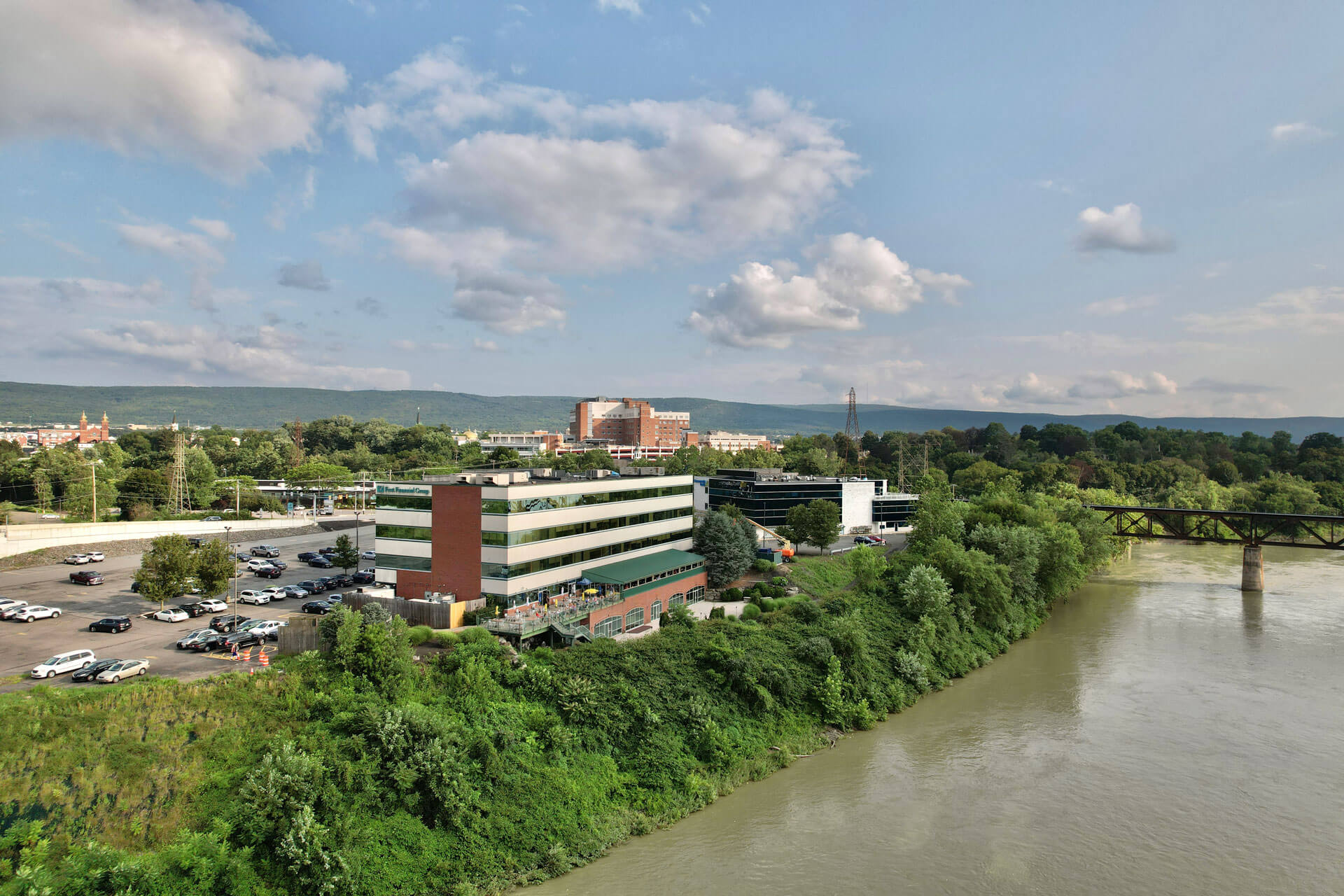 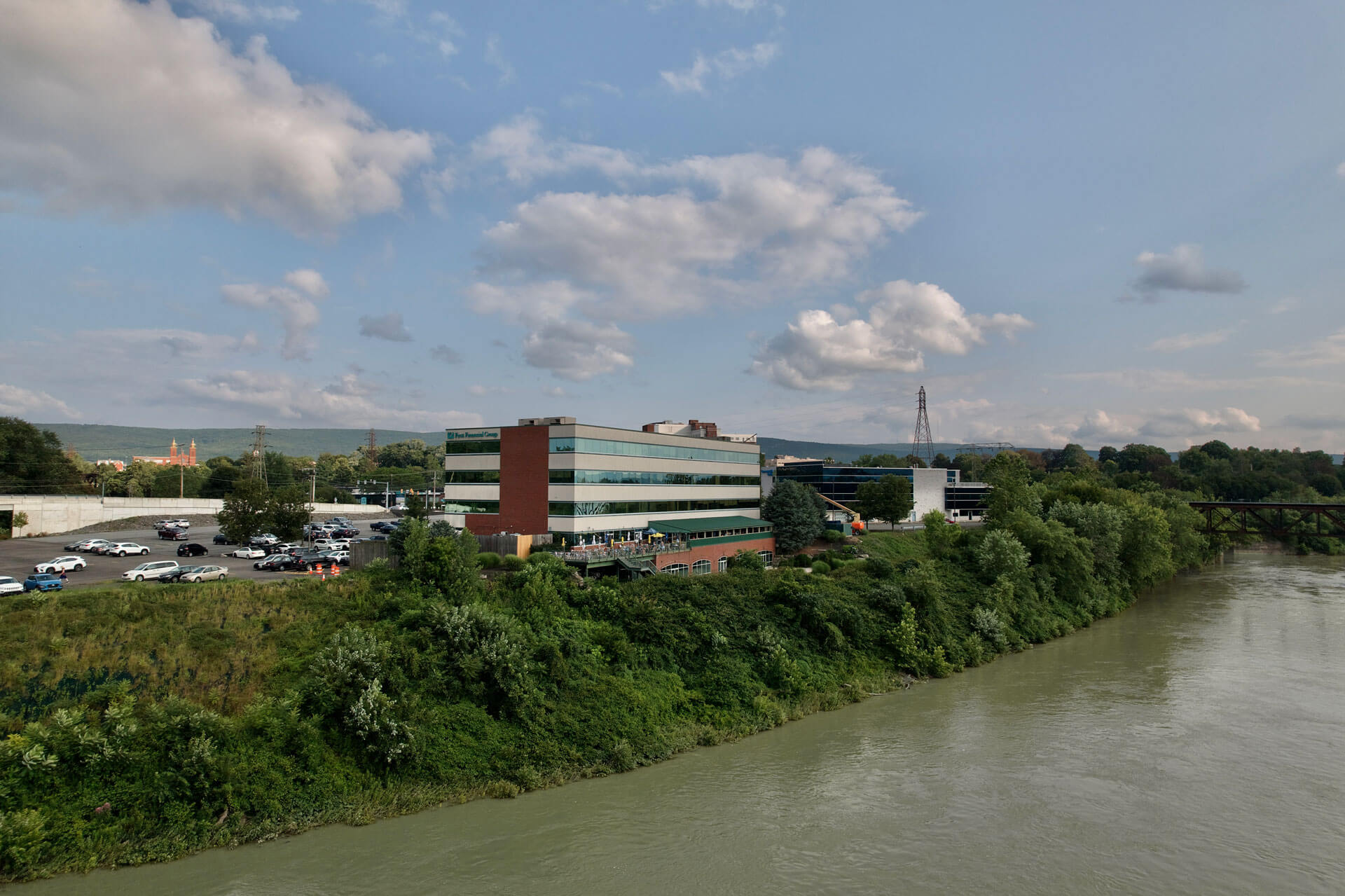 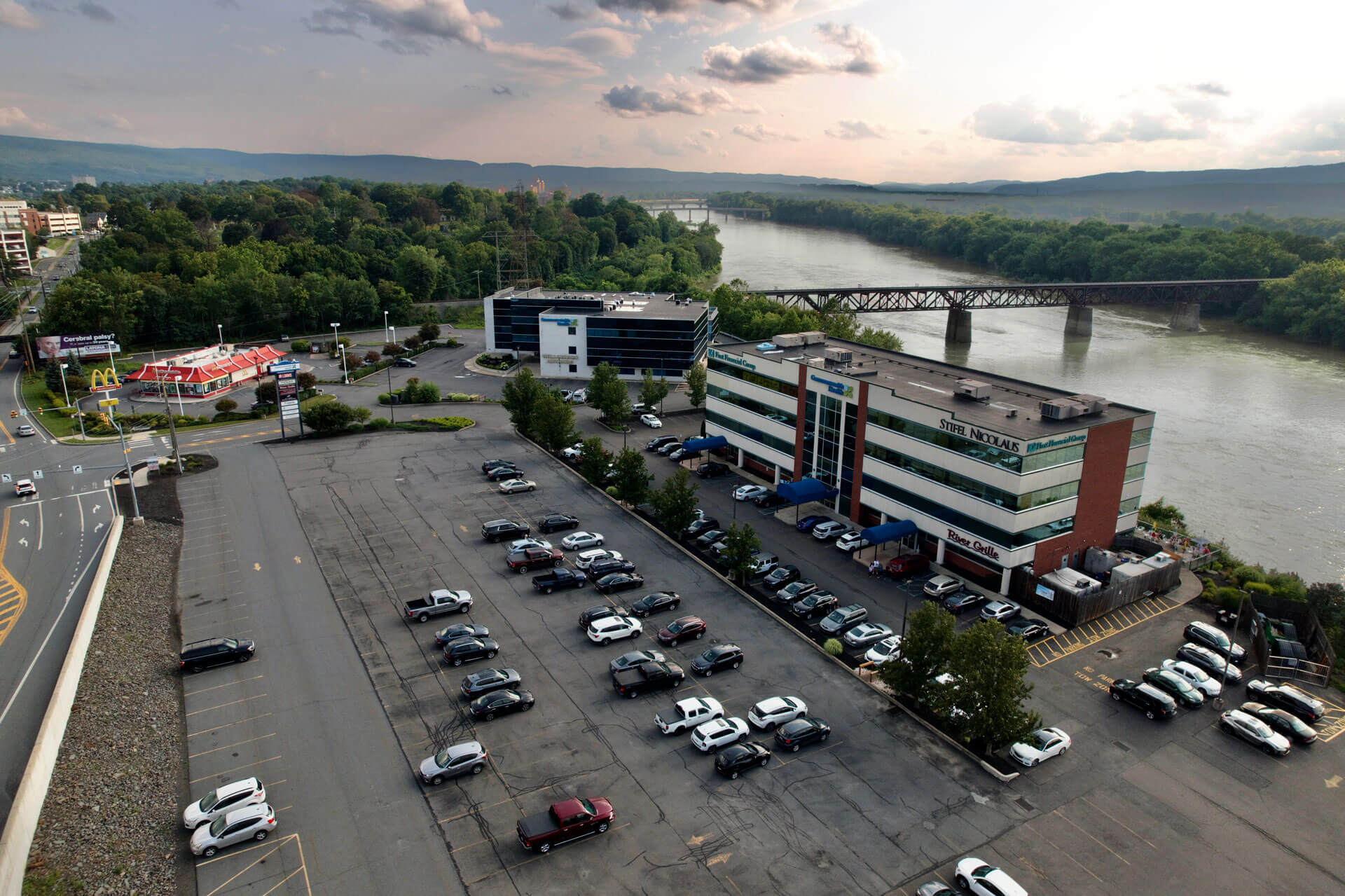 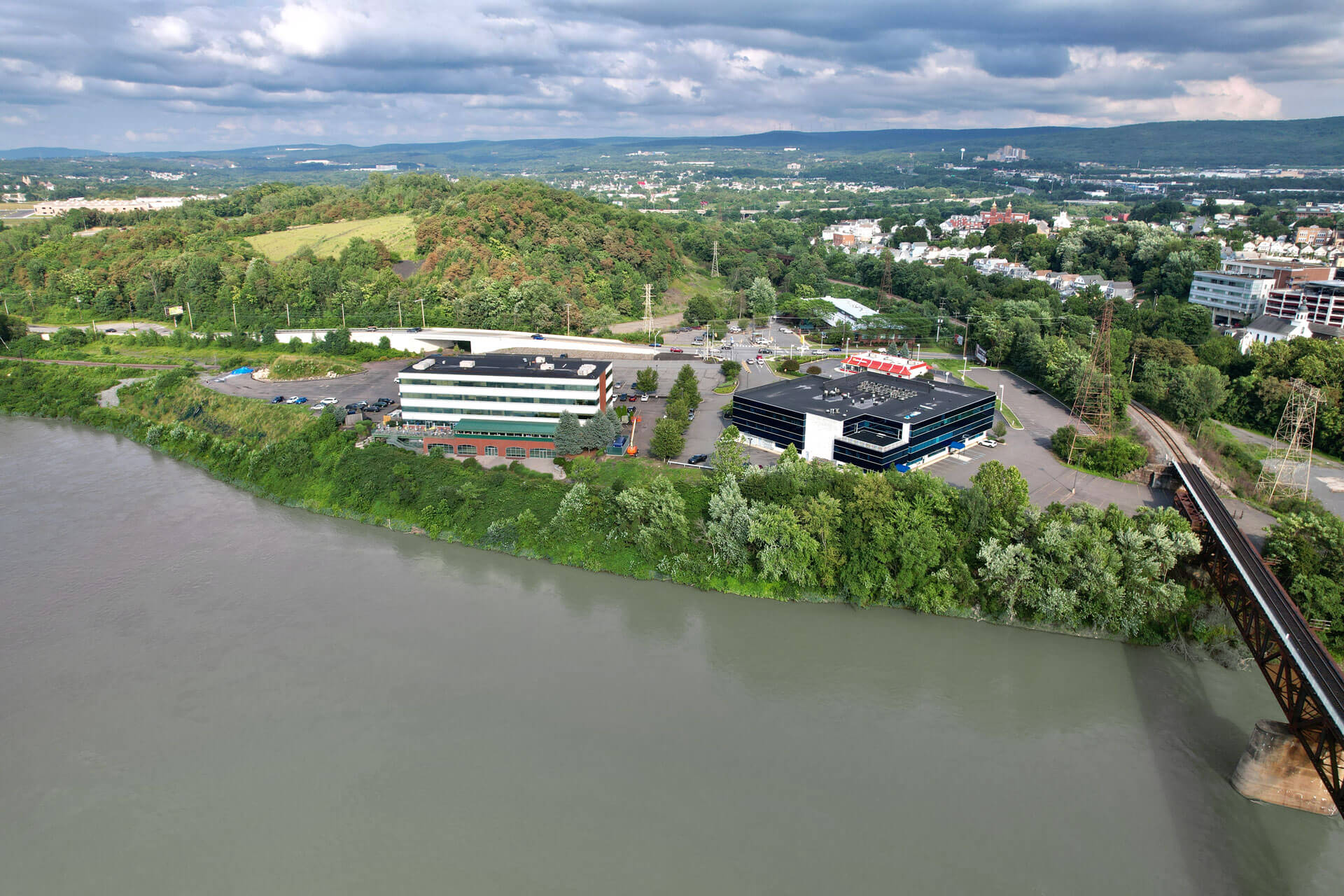 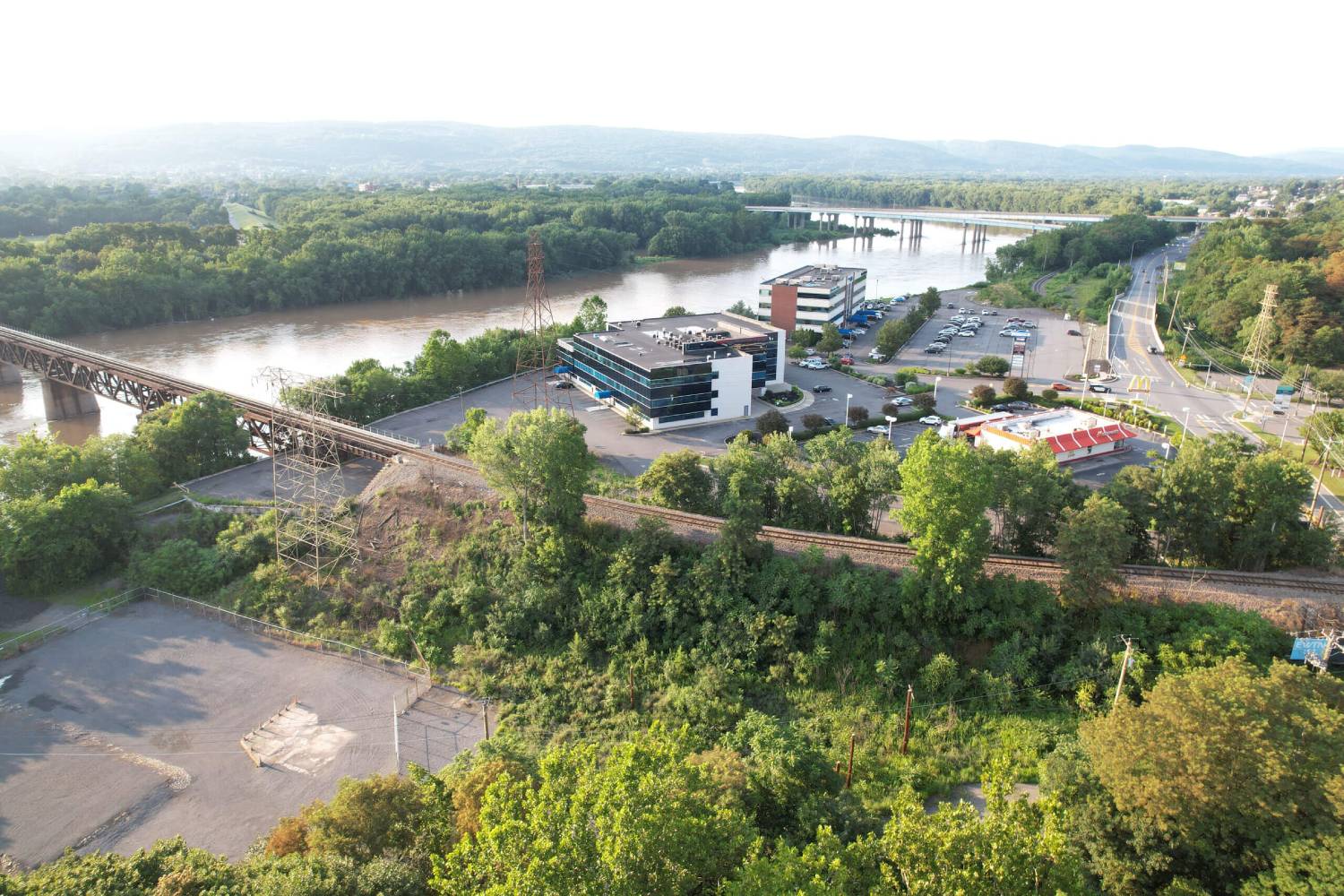 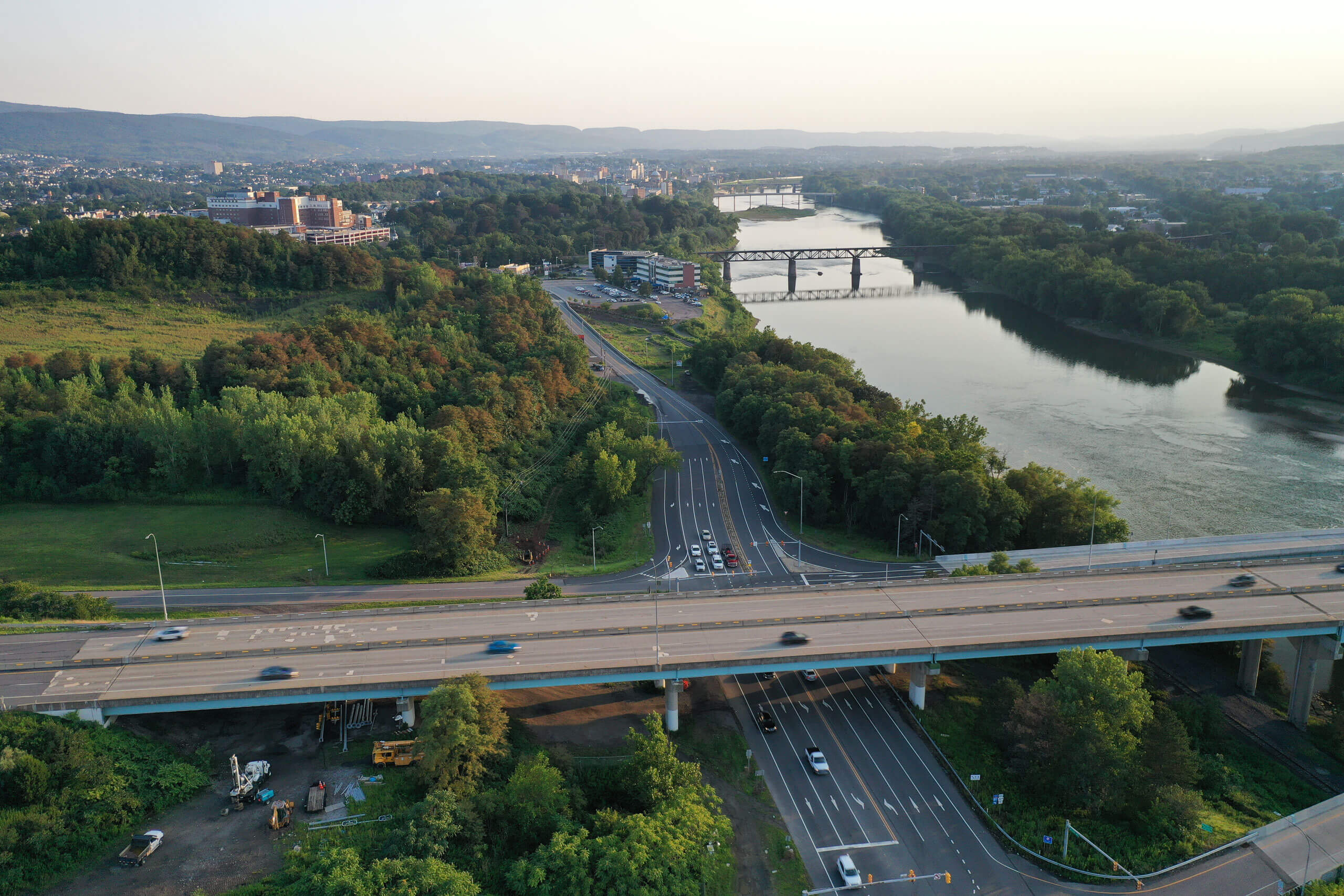 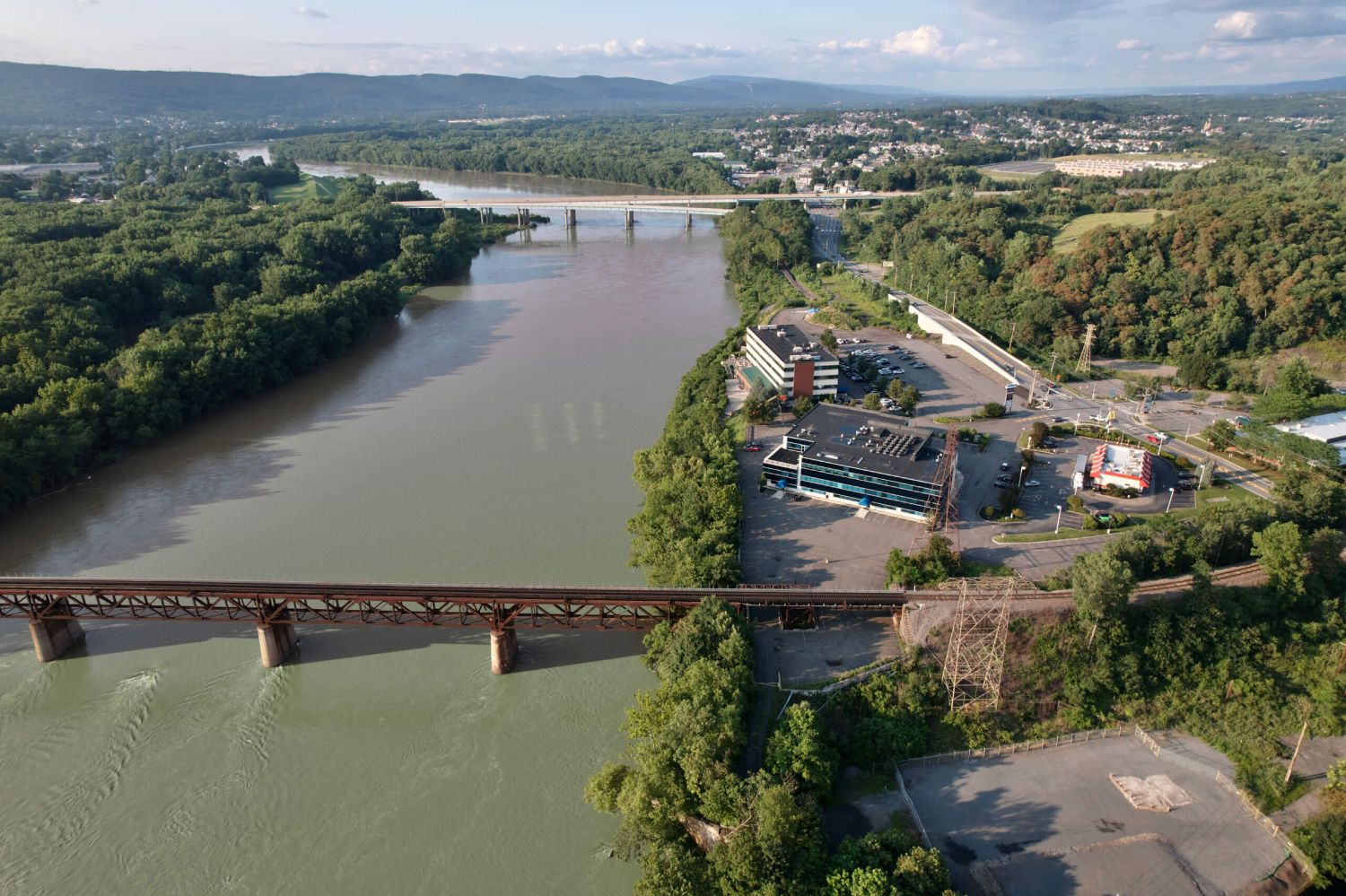 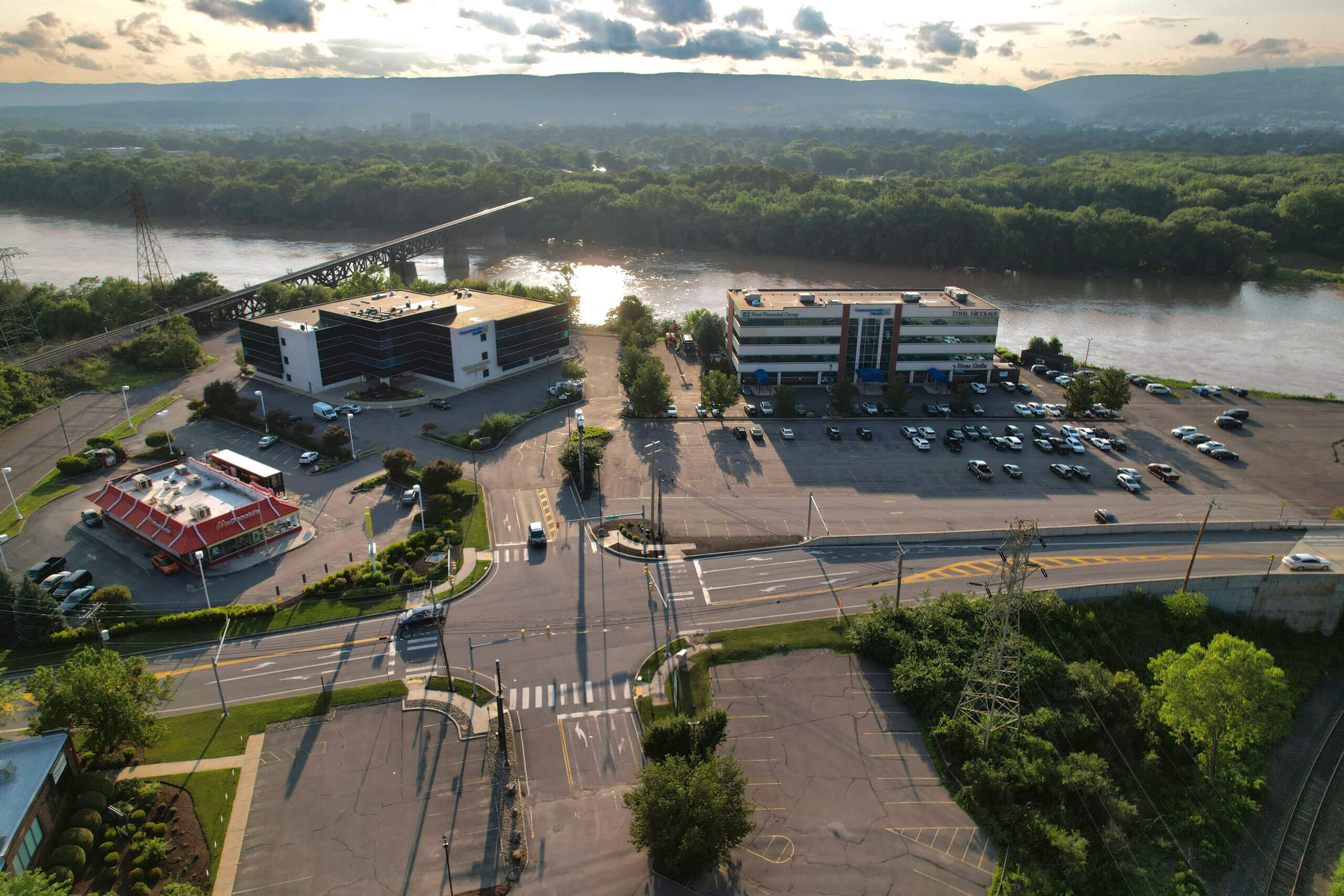 Waterfront Professional Park is an approximate 10+ acre parcel in Plains, PA that is the home of both 670 South River Street, 672 South River Street, and a McDonald's. It is also the future site of a 3.7 acre vacant, shovel ready site on the north end of the complex. The site is available for sale, as a joint venture partnership, or land lease.

Waterfront Professional Park (WPP), formerly the Flynn Oil Company, was purchased by Mr. Spengler for development in 1998. Out of the initial 8.5 acres, Spengler created a 5-lot subdivision and land development plan to include two ~60,000 square foot office buildings, a McDonald’s, and land for further development.

In the process of putting all the infrastructure in place at WPP, Spengler installed a traffic light, built the sewer system, and put in place all the underground water run-off systems. He also installed a traffic signal and expanded the road system on River Street (~25,000 cars per day) to include turning lanes.

At the height of the great recession years, it was a mixed bag at WPP. One bank became insolvent and sold the 672 South River Street mortgage to PNC Bank, while another bank faced liquidity issues and sold the note on 670 South River Street to C&I Solutions. At this same time, both 670 and 672 South River Street became the new home for Community Health Systems after their acquisition of the Wyoming Valley Healthcare system. This brought the total occupied space in both buildings to nearly 100% leased through 2024, while also requiring nearly $3mm in tenant improvements.

As the financial markets recovered across the country, both mortgages were refinanced in 2013 with M&T Bank. In 2016, the complex was expanded to over 10+ acres with the purchase of another 2+ acres from the Luzerne County Redevelopment Authority. With the additional acreage, the total available land for the newest project (600 Waterfront) stands at 3.67 acres. The last key transaction to bringing the 600 Waterfront project to its current status was in November of 2017. At the end of November 2017, the entire WPP was refinanced again by M&T Bank providing Spengler the opportunity to buy-out his previous partners, which further allowed him to become the sole owner of the site for the first time in its 20 year history.